Trigeminal neuralgia is the facial pain syndrome that is particularly traumatic caused by nerve dysfunction. A recent report stated that every year around 150,000 people are diagnosed with trigeminal neuralgia. It can occur at any age, most common in people above the age of 50. Causes: Due to the compression of the nerve, in the base of the head where the brain and spinal cord meets "Primary trigeminal neuralgia" is caused. This is because of the contact at the base of the brain between an artery and the trigeminal nerve which pressure on the nerve as it enters the brain and causes the nerve to misfire. The secondary cause is the pressure on the nerve from a tumor , MS, a cyst, facial injury, or another medical condition that damages the myelin sheaths. Treatment: Usually, anticonvulsive medications are the prior treatment choice. For those who become unresponsive and suffer serious side effects from medications, Surgery can be an effective option.  Symptoms:
Post a Comment
Read more

Can epilepsy be caused by stress? 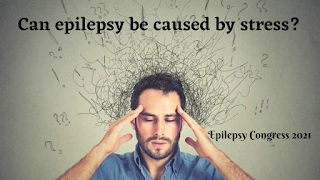 Epilepsy is a chronic disorder that causes unprovoked, recurrent seizures . A seizure is a sudden rush of electrical activity in the brain. Epilepsy is a fairly common neurological disorder that affects 65 million people around the world. In the United States, it affects about 3 million people. Anyone can develop epilepsy, but it’s more common in young children and older adults. It occurs slightly more in males than in females. People with epilepsy often say that stress triggers their seizures. And having epilepsy can be a cause of stress too. This information looks at the relationship between stress and epilepsy. Epilepsy can cause stress and stress can cause you to have more seizures. Ideally, when you’re diagnosed with epilepsy, a doctor should check whether you have a history of problems with stress or other mood problems. They could then make suggestions about ways of managing this. What causes epilepsy? ·          Traumatic brain injury ·          Scarring on the
Post a Comment
Read more

Does COVID-19 live in water? Can it transmit through?